The 2004 Asian tsunami swept this fishing boat onto a two-story home. It remains there as a museum exhibit of the power of the tsunami.

On the 10-year anniversary of the most deadly tsunami in recorded history, news outlets around the world are reporting today on the rebuilding and recovery of Banda Aceh, the Indonesian province hardest-hit by the earthquake and tsunami that struck Asia on the day after Christmas in 2004. More than 230,000 died in Indonesia, Thailand, Sri Lanka and India. Our president, Laura Mecoy, led a relief mission to Banda Aceh region two years after the deadly tsunami. Following are the stories she wrote about that trip for the Sacramento Bee and other news outlets:

Trips that Feed the Soul

First published December 2006, a year after our trip

Two years ago, the deadliest tsunami in recorded history ripped a 40-foot fishing boat from its moorings and deposited it on a house nearly half a mile away.

The homeowners have left the rusting vessel right where it landed — even though it prevents repairs to their house beneath it — because they consider this massive hulk to be a “gift from God.”

It became their refuge when a wall of water swept through their neighborhood early on the morning of Dec. 26, 2004. By their count, 57 people ages 4 months to 90 clambered aboard this modern-day Noah’s Ark and safely rode out a flood of biblical proportions.

“We just looked out and there it was,” Bsyariah, who goes by her first name as do many in the region, said through a translator. “It is a miracle.”

The aging matriarch invited me onto her porch to cool off from the work I was doing as one of five Southern California women using our vacations to help tsunami survivors.

We had arrived here worried about our safety and our reception in a Muslim stronghold that had been virtually closed to Americans before the disaster.

We left 10 days later, unharmed and uplifted by the generous hospitality of Bsyariah and others, their strength of spirit, and the good we saw coming out of this tragedy.

“To hear people say they were blessed to be here and for them to have an attitude of thankfulness was amazing,” said Marilynn Allain, one of the women I traveled with to Indonesia.

Banda Aceh, the provincial capital we visited at the northern tip of Sumatra, was the closest city to the epicenter of the 9.3-magnitude earthquake that triggered the tsunami two years ago.

Nearly 167,000 people died or went missing in Aceh province. A quarter of the population lost its livelihood, 500,000 lost their homes and 2,240 schools were destroyed.

Allain, Becky Grassl, Sheri Walsh, Cynthia Bates and I signed up to help them when our Manhattan Beach church, Journey of Faith, asked for volunteers to work with a Banda Aceh Christian relief organization.

But I almost canceled my trip when I read State Department warnings telling Americans to avoid Banda Aceh because of the possibility of terrorism and armed conflict.

Since 2002, the State Department reports, 248 people have died and scores more suffered injuries from terrorist bombs in Indonesia.

A brutal, 29-year civil war had taken an estimated 15,000 lives in Aceh province and kept out most of the rest of the world.

The tsunami brought peace to Aceh. But Aceh remains extremely conservative. It is the only Indonesian province where Shariah, or Islamic law, is enforced.

Before arriving here, we received stern warnings to be careful because Sharia prohibits — among other things — alcohol consumption and Christian evangelism.

We stayed with a missionary family in the Banda Aceh home of our host organization, Indonesia Bangkit Bersana.

The organization’s leaders insisted that an interpreter accompany us in public to avoid misunderstandings. It was a good thing because one man we encountered told our translator, Lydia Suharni, that he hates Westerners and Christians. He said he believes his Muslim leader’s teachings that the tsunami was God’s punishment for the Acehnese who adopted Western ways.

Our hosts also required us to wear traditional Muslim garb as a sign of respect. Even so, Acehnese men made rude comments, gestured and, in one case, followed us along the streets.

Seeing an American in person is still such a rarity here that people often shouted “bule,” their word for Westerners, when we passed by.

I had expected some unpleasant encounters. A Pew Research Poll conducted before the tsunami found just 15 percent of Indonesians had a positive opinion of the United States. But it also found that American aid is helping to turn the tide.

A year after the tsunami, the same polling organization found that 38 percent of Indonesians had a positive opinion of the United States and 79 percent said their view of America had improved because of the relief efforts.

By going there, we hoped to contribute to these changing attitudes while helping with the recovery.

“Instead of just hearing from their leaders what Americans are like and seeing it on TV, now they have actually seen Western people there,” said Grassl.

Many residents came out to watch us — the sweating, red-faced “bule” — working under a blazing sun to haul away buckets of muddy salt water and debris the tsunami had left in their neighbors’ wells.

Some of the women, like Bsyariah, took pity on us and invited us onto their porches to cool off. One family invited us to their housewarming party, and a few were so welcoming that they invited us to stay in their homes.

In another neighborhood, a group of 21 women showed up at a moment’s notice for a class we held on making braided rag rugs, an American skill that the women hope to turn into a home-based business.

At a kindergarten where we taught crafts and took photos to replace ones lost in the tsunami, the children thanked us with their highest sign of respect. They pressed the backs of our right hands to their lips and then to their foreheads.

In the remote village of Poroy, the principal and teachers took us on a picnic at their local waterfall as a thank-you for teaching them. The tsunami washed away the school building, killing 55 of its 98 students, the principal’s wife and one of his two sons. The principal, Abubakar, conveyed these facts without rancor and, like many others we met, expressed thankfulness for his survival.

“There was pain, but there was a glimmer there of hope and joy,” said Allain, a member of our team.

In one of Banda Aceh’s hardest-hit neighborhoods, a sad-eyed boy seemed only wistful as he recounted the decision by his family to ignore his warnings to flee the tsunami.

Syahrul Ramadhan said through a translator that he was at a friend’s house when he heard people yelling for their neighbors to run from the water. He ran home to tell his family and then fled to safety at a neighboring two-story house.

He said his family listened to his father, Ahapradul Umam, who urged them to stay at home. His mother, three sisters and two brothers died.

“I don’t know what they were thinking,” the 13-year-old said.

Umam, the only other member of the family to survive, said he doesn’t know how he managed to avoid drowning in the three waves that swept away his home and family. But he said he does know that God kept him alive to raise his one remaining child.

Two blocks away, Abdul Wahid, a father of three, showed no anger as he described his Job-like life since the tsunami. He lost his home, two rental houses and his job at a nearby fish market.

He and his wife were living in a refugee camp. Their children were two hours away in another village where they could attend school.

“I lost everything,” Wahid said through an interpreter. “But I feel God gave me a chance to live my life. It was such a blessing my family survived.”

He said he alerted his family and neighbors of the oncoming wall of water, and more than 100 took refuge on the roof and upper floors of the neighborhood’s tallest house.

The homeowner, Idaman Sembiring, and his family are Christians, while most of their neighbors are Muslim.

Despite decades of conflict between the two religions, the tsunami swept away their differences.

In April, the Sembiring family held a thanksgiving party to celebrate their survival and their return to their recently rebuilt home. They invited their Muslim neighbors and us to join them.

“It is a thanks to God for giving us life and a thanks to the people who care about me and my family,” said Eliyani Ginzing, the homeowner’s sister.

More than 95 percent of Aceh’s population is Muslim, and she said Christians often experienced discrimination before the tsunami. After the disaster, she said, Christians faced fewer problems.

Thousands of aid workers have come here, and people around the world have pledged $8.9 billion to rebuild the region better than it was before.

While much more must be done, I left Banda Aceh thankful for the mostly warm welcome we received, humbled by the strength of its people and inspired by the good that is coming out of tragedy.

I hope one day to return and find that the help we provided and the aid from around the world has made Aceh a better place than it was before the earth shook, the waters rose and a boat appeared on dry land. 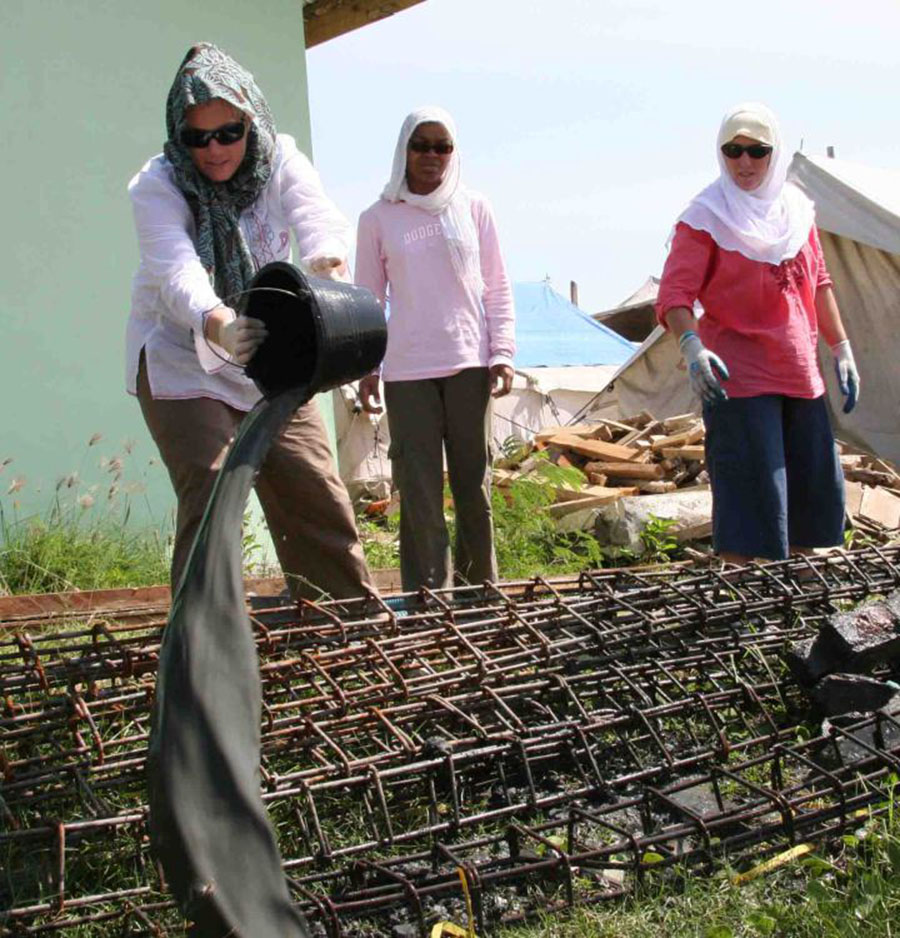 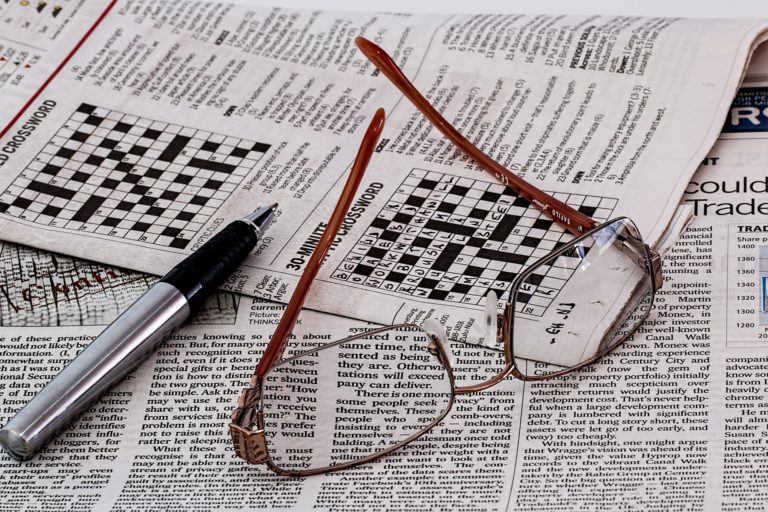 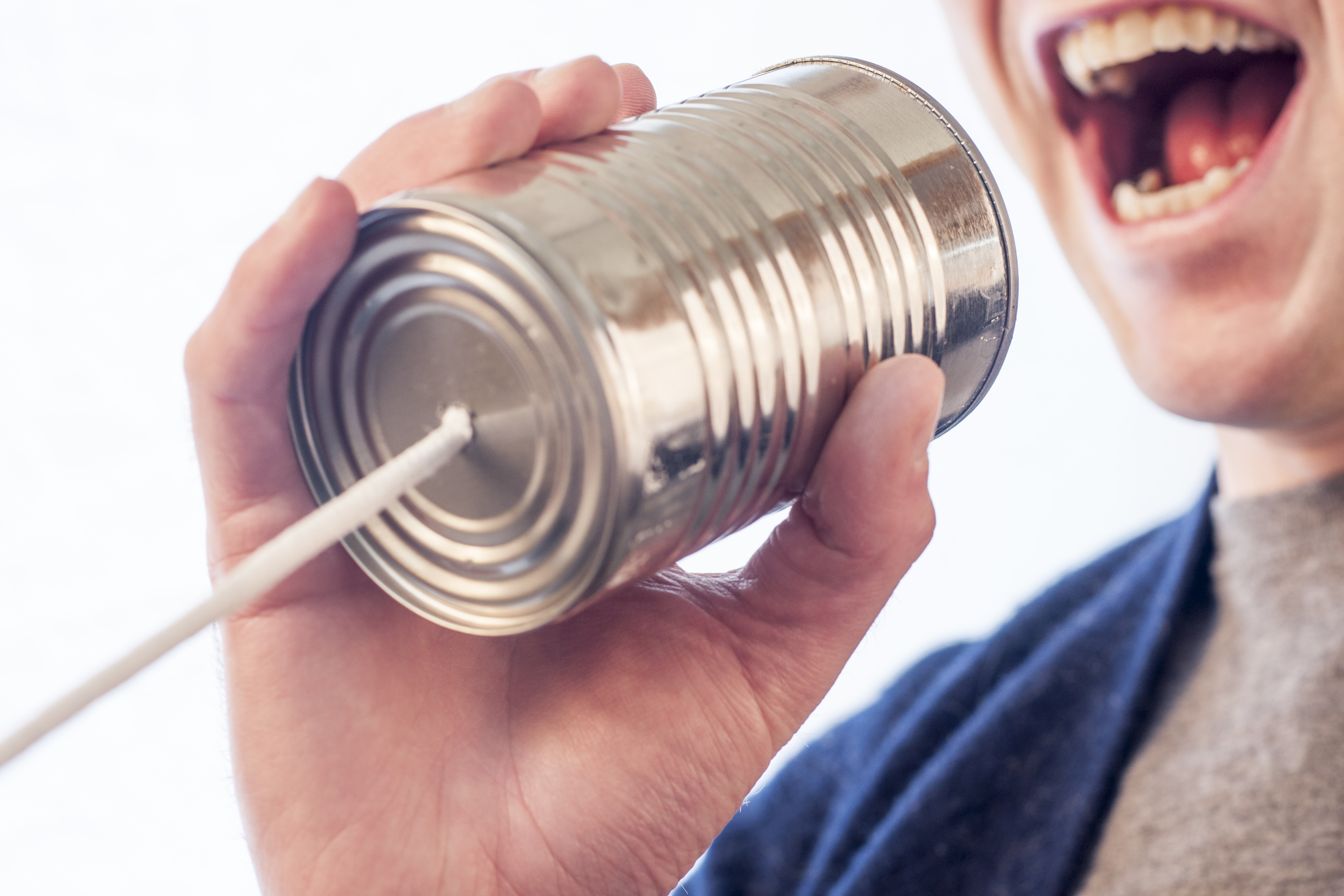